Home » 8 of the Creepiest Toilets We’ve Ever Seen 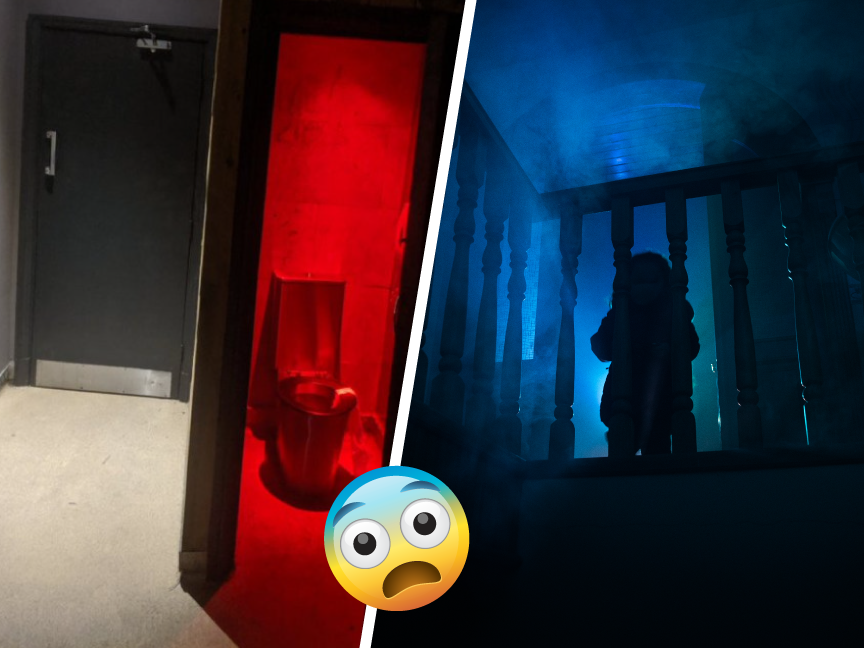 8 of the Creepiest Toilets We’ve Ever Seen

We’ve all seen our fair share of sketchy bathrooms. Maybe the lights flicker—or maybe they’re a weird color. Maybe things aren’t as clean as they should be, or there’s weird décor. While we’re no strangers to weird toilets, we put together eight of the creepiest ones we’ve ever seen. These are enough to make you wanna hold it and find another bathroom!

If you’ve ever camped or hiked, you’ve probably gone to the bathroom behind a tree before. But have you ever gone in a tree? While this one may be convenient, there’s just something creepy about coming across a toilet made of tree in the middle of the woods.

There’s so much wrong with this picture. Not only does this toilet look scary to even GET to, but it also looks like it needs a railing so you don’t fall off. And what’s with the creepy stairwell and door? Where do they go? And what’s in the giant trash bag? And where’s the toilet paper? So many questions, so few answers!

#3: Are Those Noises from Old Pipes or Toilet Ghosts?

Have you ever seen the horror movies where someone inherits some random old trinket or piece of furniture, and then it turns out that item is haunted? This looks like that.

This haunted looking toilet is for ghosts of meals past, but no one would be surprised if some real ghosts lived inside, too. We’ll have to pass on this one.

#4: Ancestors Watch Over You

Who doesn’t like to feel like they’re being watched on the toilet by their entire family? Us. We don’t. Sure, you love your nana, but do you have to bring her portrait everywhere? And the rest of your family photos? It’s a bit creepy to have all these old portraits staring back at you.

This bathroom isn’t too bad. The toilet itself is normal, even. But as soon as you add a bunch of creepy dolls to the room, you take a normal (albeit, poorly lit) bathroom and turn it into a literal horror movie. We’ve seen Annabelle enough times to know to stay far away from this bathroom.

While some of these toilets and bathroom are definitely creepy, this one is probably the only one on this list we definitely would NOT use. For starters, it’s so dark, you might miss the toilet entirely! And who knows what’s living in that cave. Let’s not forget about that sketchy fence. What’s that all about?

We all float in this bathroom.

A bathroom is no place to be clowning around. Unfortunately, this homeowner didn’t get the memo. Instead, they made the Halloween bathroom of our nightmares. On the bright side, you don’t have to clean your bathroom as often if everyone is too afraid to even use it.

#8: Something Weird Going on Here

“Sure, bathroom is through that door. Just around the corner on your left. Ignore any weird chanting you hear and try not to take too long in there. Last guy who went in never came back.” That’s the kind of thing we imagine the owner of this bathroom saying. There’s no way that weird red light around the toilet is just decorative.

We’re always keeping an eye out for strange and unusual bathrooms. Stay tuned for more collections of weird toilets!